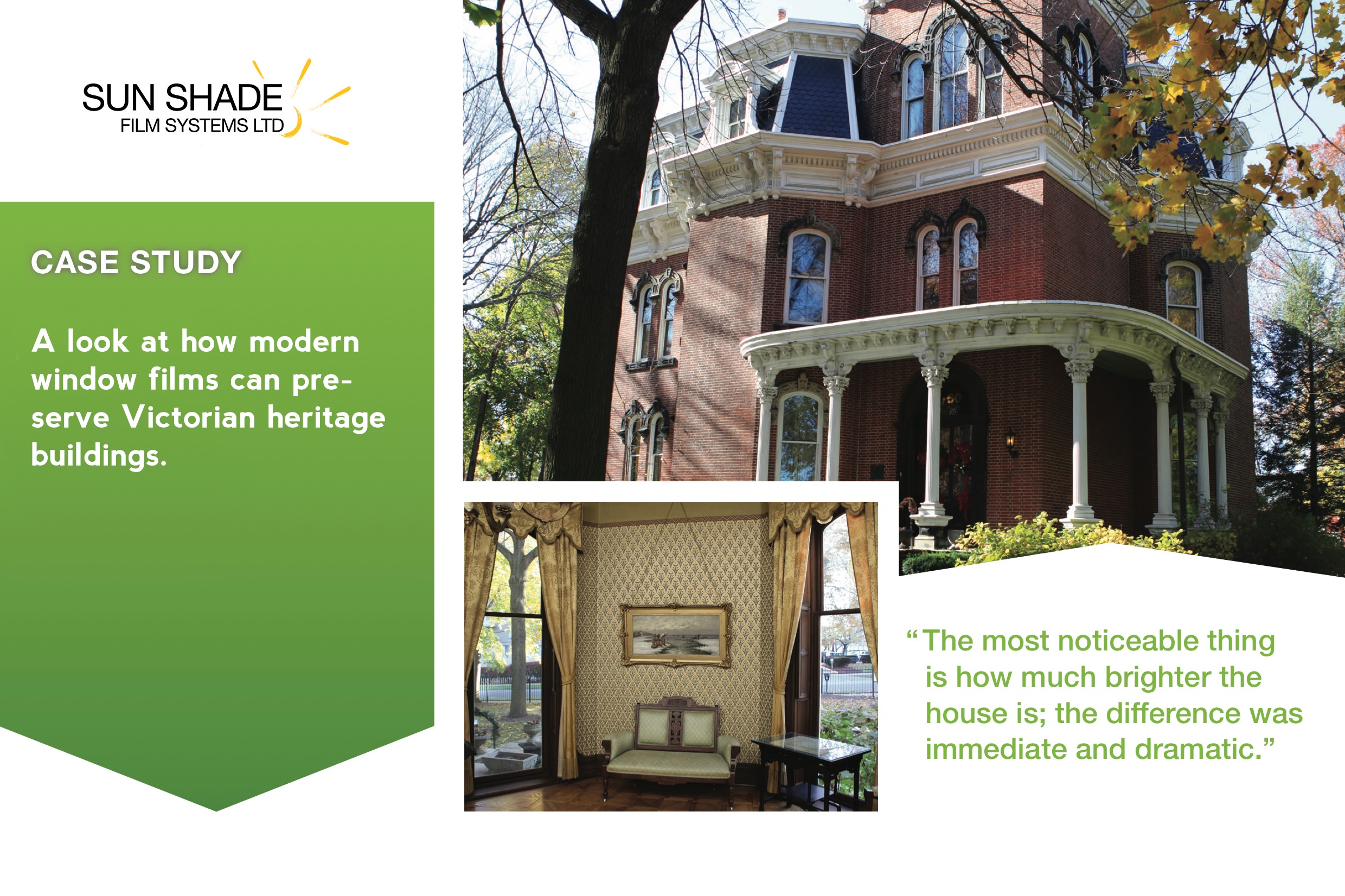 Much of Victoria’s attraction stems from its unique collection of historic properties, visible reminders of Victoria’s rich and fascinating past. Our heritage houses and neighbourhoods are symbols of stability in an ever-changing world. As we considered the growing interest in increasing energy efficiency, reducing our collective carbon footprint, and preserving our historical buildings from premature decay, we were reminded of this wonderful case study performed by our friends at Enerlogic. Read on to hear about how the use of window films helped to reduce fading and increase energy efficiency without the enormous expense of removing all of the original windows and fixtures from this magnificent building.

The most noticeable thing after installing window films is how much brighter the house is; the difference was immediate and dramatic. People have commented on that repeatedly: it just changes how you feel inside the house, and as you’re approaching the house, it’s much more inviting. We have an architect on the board, and she’s just thrilled with it.”

Hower House is a 19th-century Victorian mansion which became a museum under the care of The University of Akron. The building is a historical treasure not only because of its architecture, but also because of its original furnishings and décor. About 30 years ago, caretakers noticed that some interior finishes were beginning to show signs of fading. They promptly installed one of the few safeguards available at that time: deeply tinted, pull-down film shades on many of the windows. For the next three decades, the home’s interior was darkened by those shades. “We had to protect the collection from fading; we have some interesting and valuable antiques that can’t be exposed to sunlight,” said Museum Director, Sylvia Johnson.

Administrators of the home turned to a local window film dealer with the goal of finding a film that would help protect furnishings from fading caused by UV rays, yet still allow sunlight through the home’s 191 antique windowpanes. They chose a line of Low-E film that shields up to 99% of the harmful UV rays that contribute to fading. It was selected for its extraordinary optical clarity, high degree of visible light transmission, and low emissivity for increased energy efficiency. We install film like this every day at Sun Shade and we knew this was an elegant solution to their problem.

Despite the irregular surface of the 140 year old panes, the film bonded to the glass and opened up the view to the outside. The window films actually made the old single-pane windows perform like double-pane glass, so the house may see as much as an 80% increase in the insulating performance of the glass. Ms. Johnson observes that “the most noticeable thing is how much brighter the house is; the difference was immediate and dramatic. People have commented on that repeatedly: it just changes how you feel inside the house…and as you’re approaching the house, it’s much more inviting. We have an architect on the board, and she’s just thrilled with it.” 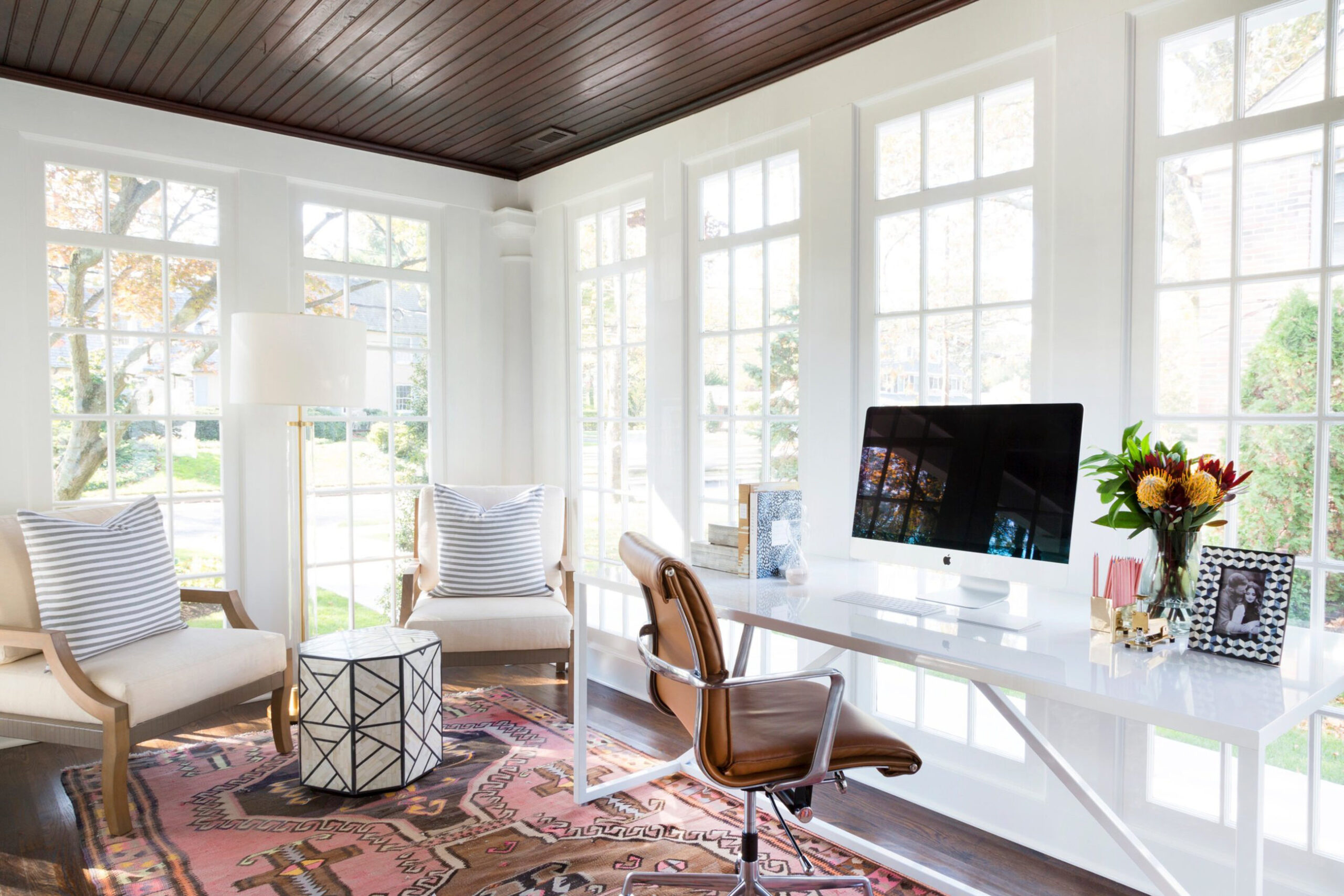 Do More With Solar Energy 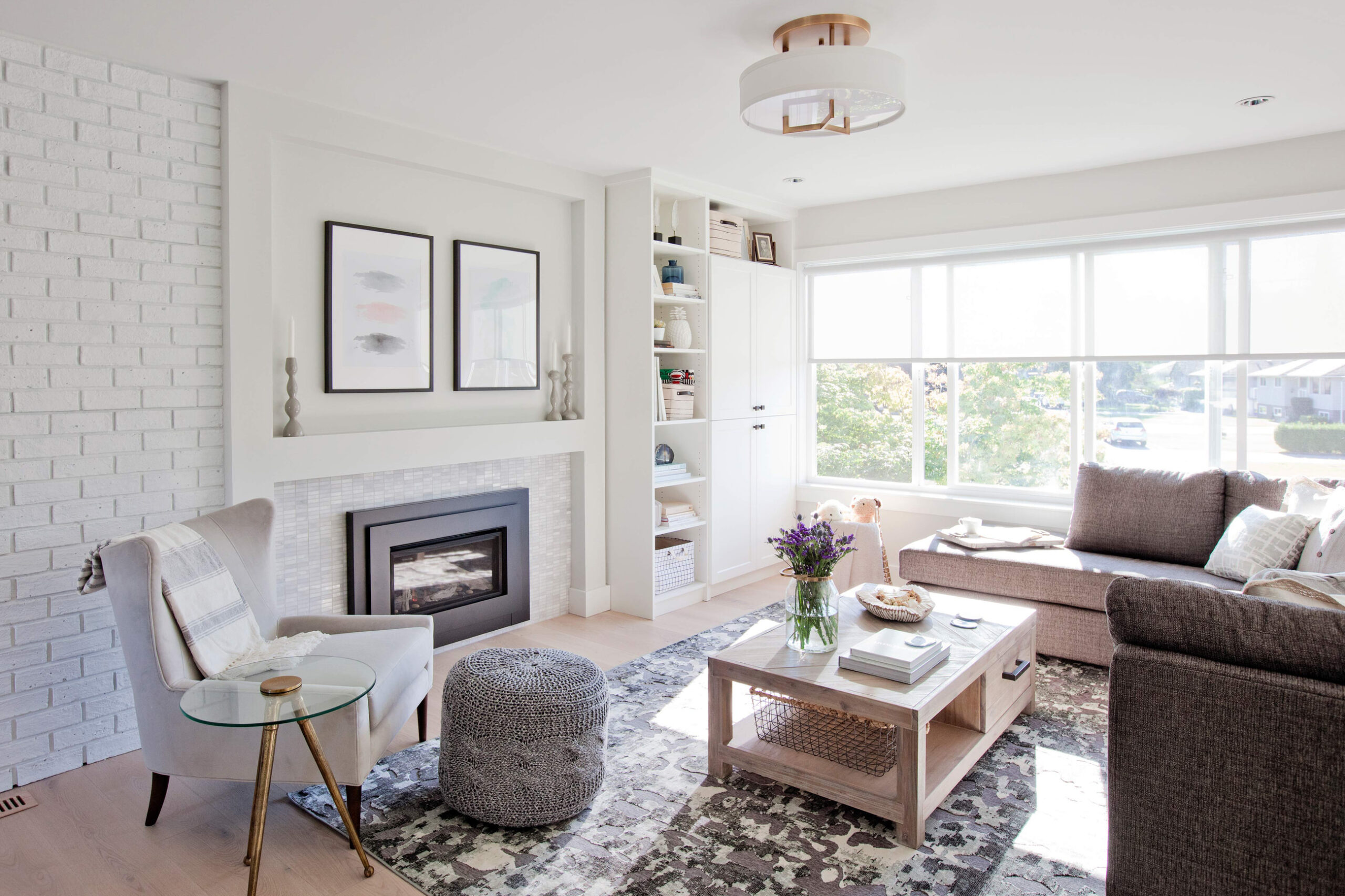 Choose the Right Tint for Your Home 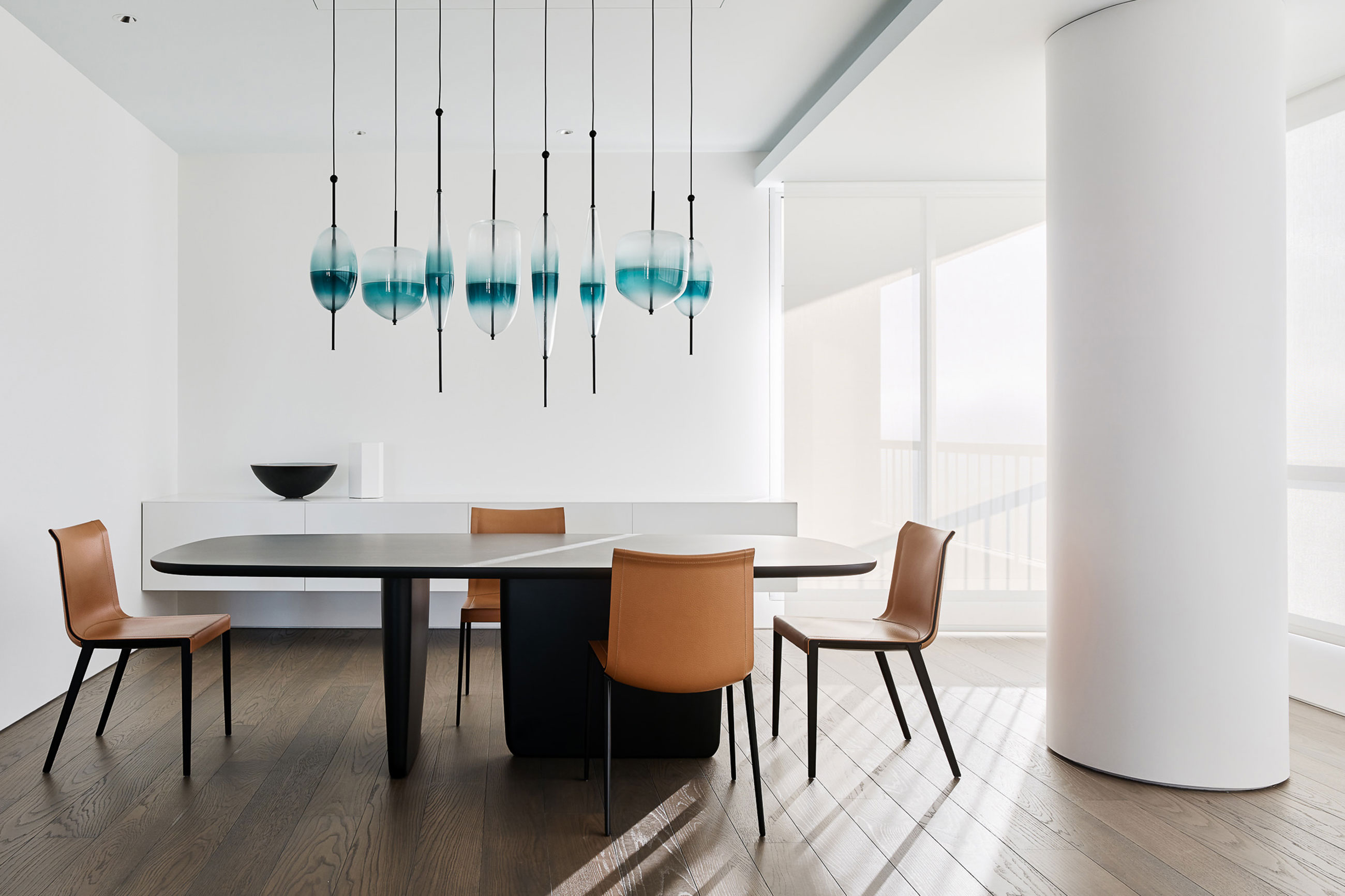 Why We Tint: Our Perspective